As an advanced optical fiber sensing measurement technology, Optical Frequency Domain Reflectometry (OFDR) has higher spatial resolution and sensitivity than optical time domain reflectometry (OTDR). It is widely used in optical fiber communication, power civil engineering and aerospace. The technical principle is that the linear sweeping light emitted by the laser is divided into two beams, one of which is used as the reference light, and the other beam is emitted as the probe light into the fiber to be tested. The Rayleigh scattered reflected light in the optical fiber is returned to the reference light, then the beat frequency interference occurs. The magnitude of the signal frequency is linear with the position of the reflected light and the shift of the signal spectrum is related to the change of strain and temperature at the position. The basic principle is shown in the figure below.

The OCI1500 can achieve a spatial resolution of less than 20um within the measurement range of 200 meters. As for distributed temperature strain sensing, the spatial resolution is up to 5mm and the highest sensing accuracy is ±0.2°C/±2με. During the experiment, a polyimide coated fiber was placed on a cantilever beam with a length of 30 cm and a width of 5 cm. The signal was processed by OCI-1500 to measure the strain on the cantilever beam.

The fiber is laid along the upper and lower surfaces of the cantilever beam and formed into a loop, as shown in Figure 2. 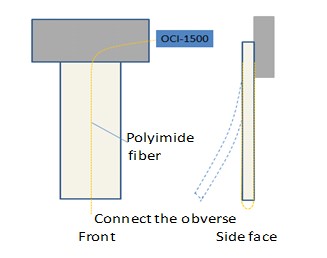 Fig.4 The strain at the maximum deformation of the cantilever beam under different loads

The simple cantilever strain test demonstrates the excellent detection performance of the OCI-1500 in distributed strain sensing. In practical engineering applications, especially in areas where power, aerospace, etc. require high measurement accuracy, the OCI-1500 can achieve a sensing accuracy of ±0.2°C/±2με, which fully demonstrates the technical advantage of OFDR in the field of high- precision measurement. The emergence of OCI-1500=fully distributed optical fiber sensing equipment greatly meets the requirements for precise positioning and real-time control in monitoring management.