During the use of the bridge, due to adverse effects such as environmental load, fatigue effect, material aging and corrosion, etc., its structure will inevitably cause damage and cracks, resulting in a series of safety hazards.

Therefore, accurately position and  analysis the cracks under load are important for comprehensive assessment of the safety of bridge structures. In a concrete beam load test, the OSI-S measurement system was used to study the deformation law of crack under different loads.

The fiber used in the test was a common tight-fitting fiber, which was glued to the surface of the test beam and a total of 6 channels were laid. Three of them are dispensed by glue, three of them are entirely fixed by glue and on the each side is a fiber relaxation zone (Fig.1). The load is applied upwardly from the central position below the test beam. 7 different loads were set and measured by OSI-S for the strain of the test beam. 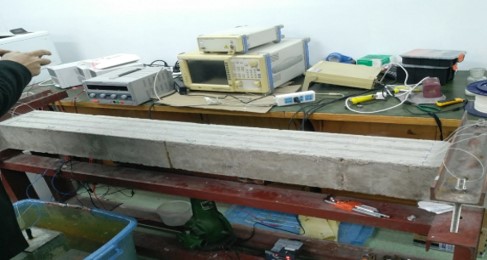 Figure 3 shows the test results of the strain at each point of the test beam under different loads. The position of the 6-channel sensing fiber is clearly reflected in the figure. The three sections with larger strain are fully-glued fixed fibers and the three sections with smaller strain are dispensed fixed fibers. Under different loads, the nine peaks appearing at the same position of each fully-glued fixed fiber correspond to the crack on the beam. As the load increases, the peak value increases, indicating that the crack continues to extend.